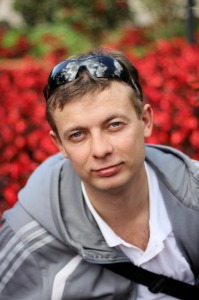 Szymon (Simon) Zielinski is 28 years old and comes from a small town of Bestwina located next to the city of Bielsko-Biala in southern Poland. He graduated from the University of Bielsko-Biala with major in Computer Science. His complex personality was always passionate about travelling and photography. The fascination of the Far East culture made him visit Japan in 2008, thus starting his travels in Asia. The next stop on his travels was South East Asia, where for almost 5 years he had the opportunity  to study the local culture, history and above all – the people, thanks to the work undertaken in this area. Every spare time was of course spent on travelling, in which he was always accompanied by his faithful camera. Travelling and the overwhelming will to discover new horizons made him travel through Thailand, Cambodia, Lao PDR, Vietnam, Myanmar, Indonesia, Singapore and Nepal.  His destinations of choice are many times places that are rarely visited by tourists – usually the ones where it is even hard to get without your own transportation. Those places, far from the tourist crowds resemble the true atmosphere of the place.

The previous photos taken by Szymon Zielinski in Bielsko-Biala were printed in calendar for 2009 published by the University of Bielsko-Biala. Photos from Japan have received a distinction award in the photo contest organized by Bestwina community. He also had two gallery shows so far:

2 thoughts on “About the author”